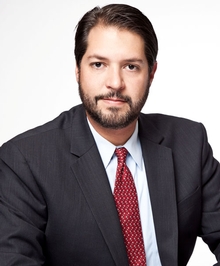 Mr. Shafer serves Of Counsel to the firm. He is a graduate of the University of Georgia and Stetson University College of Law.

Professional Experience
While in law school, Mr. Shafer served with distinction on Stetson’s nationally acclaimed Trial Team and as an advocate for the International Environmental Moot Court Team. After law school, Mr. Shafer worked for several years as a lawyer for the insurance industry, representing several banks, corporations and insurance companies as an associate for the premier litigation firm, Fisher Rushmer, in Orlando. Following his family’s move to the Tampa Bay area in 2001, he associated with Chambers Law Group, where he litigated personal injury lawsuits with great success. Mr. Shafer is a Partner with the law firm of Anderson & Shafer in St. Petersburg, FL., and serves of counsel to Diaz Shafer, P.A.

Mr. Shafer is frequently asked to give lectures on ethics and other legal topics to various civic and legal groups, and serves actively as an Advisor to Stetson’s Excellence in Trial Advocacy program. He is married, has three children and enjoys coaching youth sports. Mr. Shafer is fluent in French and speaks conversational Spanish.