In early July, 2020, the United States Immigration and Customs Enforcement (ICE) issued regulations that would have required international students in the United States to enroll in in-person study at colleges or leave the country. Obviously, these guidelines were cause for concern to many international students who are currently attending schools in the United States that have already decided to offer online-only courses this fall in light of the COVID-19 pandemic. The guidelines were also met with harsh criticism from university administrations, as well as state attorney generals.

Fortunately, the guidelines were rescinded.

According to CNBC, over 200 colleges supported a federal court lawsuit that was brought against ICE by Harvard University and the Massachusetts Institute of Technology (MIT) after the regulations were announced. Additionally, 17 states and the District of Columbia had also filed a lawsuit seeking to block the guidelines. According to USA Today, the guidelines were characterized in this lawsuit as “cruel, abrupt and unlawful.” The lawsuit sought an injunction which, if granted, would have barred the guidelines from taking effect during the course of the court proceedings.

The reversal of the guidelines returns the federal policy regarding international student enrollment and study to the policy that was effective this past spring, USA Today reports. At that time, the COVID-19 pandemic caused many colleges and universities across the country to close their campuses and offer online courses for completing coursework for the current term. Under the prior policy, international students were allowed to participate in the virtual and online courses offered by their schools.

The recently rescinded guidelines obviously had the potential to significantly impact educational plans and opportunities for international students enrolled in higher education programs in the United States. Even with the rescinding of the guidelines, however, low enrollment of international students is anticipated, according to a July 2020 policy brief by the National Foundation for American Policy (NFAP). This anticipated decline could reduce the total number of international students in the United States to its lowest level since World War II, according to the NFAP. Among the reasons noted for this decline are COVID-19 related considerations – continuing travel bans and suspended services at United States consulates around the world.

If you are an international student and have questions about visa requirements, or other immigration matters, contact an immigration law specialist at Diaz Shafer, P.A. 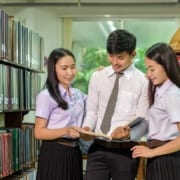